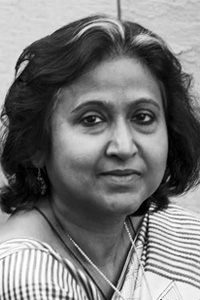 My first solo exhibition, held in 1995 at Birla Academy of Art & Culture, Kolkata, was inaugurated by Mother Teresa and the entire sale proceeds was donated to CRY.  I have held 27 solo shows all over India including Delhi, Mumbai, Kolkata, Bangalore, Hyderabad, Lucknow, Chandigarh and overseas in London, Berlin, Munich, Lahore and Belfast.  In August, 2013 my 26th solo exhibition dedicated to Uttarakhand, was inaugurated by the former President of India; Dr. A.P.J Abdul Kalam. The fund of Rs. 20 Lakhs raised through the sale proceeds of my paintings has been used for creating a Fine Art Education Grant for the students of Uttarakhand. I have participated in more than 200 group shows in India & abroad, in national exhibitions of Lalit Kala Akademi, AIFACS and Sahitya Kala Parishad and in several art camps. My painting is in the permanent collection of the Bharat Bhavan Museum, Bhopal. My works have been represented at the India Art Fair, New Delhi in 2011, 2013, 2014 & 2015.

Awards: The 69th Annual award for Drawing (1998). The 77th Annual award for Painting (2005) by All India Fine Arts & Craft Society, New Delhi. Was conferred Hindprabha award (1999) for Indian Women Achievers by Uttar Pradesh Mahila Manch.Udbhav Shikhar Samman (2012) for  achievements in the field of art and literature.Vishwa Hindi Pracheta Alankaran (2013) was awarded by Uttar Pradesh Hindi Saahitya Sammelan & Utkarsh Academy, Kanpur. Was bestowed with Women Achievers Award (2013) by Indian Council for UN relations on the eve of International Women’s Day. Rashtrakavi Maithilisharan Gupt Samman (2013) for contribution to Hindi poetry. Received 6th National Women Excellence Award (2013) by Yog Confederation of India in collaboration with International Women Excellence Awards Organization. Awarded and honored as an Artist by 3rd Delhi International Film Festival 2014. Poet of the Year award (2014) by 3rd Delhi International Film Festival 2014. There is a collection of short stories and five anthologies of poems in Hindi to my credit.  My collection of poems ‘Iss Par Uss Par’ has been translated in Bangla and ‘Pratinaad’ has also been translated in Bangla, English and German.  ‘Weaves of Time’ a collection of English poems was published in 2013 by Partridge, a Penguin company. “Sparsh Ke Gulmohar” (collection of Hindi poems published by Rajkamal Prakashan 2015). Ladakh : Knowing the unknown” (a book of rare photographs published by Full Circle 2015). I have directed, scripted and shot 6 documentary films including one on ‘Kung Fu Nuns in Mystic Ladakh’. My films have been screened at various prestigious venues in Delhi and telecasted on D.D Bharati and Lok Sabha channels several times in the recent past. “Kung Fu Nuns in Mystic Ladakh” was screened at 3rd Delhi International Film Festival 2014. I am engaged in activities related to the promotion of Art and Culture through the Prithvi Fine Art & Culture Centre, a society of Delhi.